Skip to Content
Home / Parenting / Why Do Women Get Morning Sickness?

Morning sickness rarely ends in complications, but it would not be strange if it happened. Severe cases lead to dehydration because of excessive vomiting. It might lead to an imbalance in body chemistry as well. To women who are unable to handle the effects of morning sickness, you can get anti-morning sickness drug prescriptions to help you have a safe pregnancy. Morning sickness can interfere with your life like in those it is causing third-trimester nausea since the beginning of the pregnancy. Such women can get pregnancy-safe medication to soothe their pain. But why do women get morning sickness?

There are no conclusive reasons why women get morning sickness. We only have a few research-based explanations from different schools of thought about why this could be happening in most women. The causes of morning sickness include:

Geneticists at UCLA have studied this condition and are convinced that morning sickness runs in the genes. They have identified genes that induce nausea and vomiting when one is pregnant. These genes also affect one’s appetite to reduce the amount of food they eat. They are even working out probable medication that they believe will treat morning sickness. However, the researchers are not ruling out other causes of morning sickness yet. They think it is still possible that there are other contributors to vomiting and nausea during pregnancy, which they do not specify.

Protection of the Fetus and Mother

Morning sickness is triggered when a pregnant woman sees, smells, or tastes vegetables that have strong tastes, meats, alcohol, cigarettes, among other consumables. Such foodstuffs are known to have chemicals that can potentially affect a healthy pregnancy. As you can surmise, morning sickness could be a reaction of the body to protect the fetus and the mother from the possibility of consuming harmful substances. Scientists who agree with this reason say that this explains why it happens at the period when the baby and mother are predisposed to chemical interference, which occurs when the pregnancy is under four months.

In situations where the mother and child are susceptible to these effects all through the pregnancy, morning sickness persists all through as well. You might be wondering, why doesn’t morning sickness happen to animals? According to this theory, humans eat a range of foods and the diet possibly develops this defense mechanism. Morning sickness in the middle of the night may happen because of smelling unwanted stuff in the air. But not every scientist agrees with this concept.

The hormone, human chorionic gonadotropin (hCG) is produced in plenty during the first few months of the pregnancy, causing nausea and vomiting. When does morning sickness go away? It starts disappearing about the fourth month when the production of this hormone lowers. Therefore, scientists who accept this theory widely agree on the concept that the body reacts to the generation of this hormone, making it an early sign that someone is pregnant. The feeling of pregnancy excites most first time mothers and morning sickness quenches the anxiety one might have when wondering if they are pregnant or not. When a woman is expecting twins or triplets, morning sickness becomes even more prominent.

Research seems to confirm that there are higher rates of miscarriage in women who do not experience morning sickness or get little of it. This research shows that these women may miscarry because they have lower levels of human chorionic gonadotropin (hCG).

A Reminder to Eat Well for the Pregnancy

Morning sickness becomes worse on an empty stomach. This could be an indicator for the pregnant mother to eat well to nurture their pregnancy. When a woman is pregnant, they need to eat as frequently as possible – not the conventional breakfast, lunch, and dinner routine. At some point, one has to sleep with a few snacks next to the bed to wake up on the following morning or whenever they need it at night. The choice of meals is subjective to individuals. As long as it helps you overcome most episodes of morning sickness, that would be great. Just make sure you don’t give in to cravings that don’t provide enough nutrition for you and your baby.

Eat bland starches like rice, bread, and pasta. And since water doesn’t sit well with nausea, you can take flavored and carbonated drinks to fill up the required eight glasses of water. Watermelon is a great fruit that contains a lot of water that you might enjoy. Take fruits and vegetables as well.

Stress to the Body and Mind

Pregnant women tend to have more morning sickness when their bodies and minds are under stress. Physical fatigue during pregnancy caused by activities like traveling and hard work contribute to morning sickness. This happens because sugar levels are reduced in the body. Emotional stress or mental strain also plays a part in increasing morning sickness. Researches show that this stress changes the normal functioning of the brain to induce nausea and vomiting.

Morning sickness can cause complications to some women, particularly in their first-time pregnancy. One should seek medical help when they don’t pee within eight hours or when they do, the urine is dark. When you are unable to keep food at all, feel dizzy, weak, or exhausted, seeing a physician is ideal. Also, when you lose weight and experience abdominal pain, call your midwife to ascertain that you and your baby are safe. Morning sickness treatments vary from an individual to another; you need to work around solutions with your diet and doctor’s advice, plus prescription as well. If the various parties fail in their duties then you may be entitled to compensation. Companies such as those found at goldberglaw.com or bradshawlawnv.com can assist you in the process. 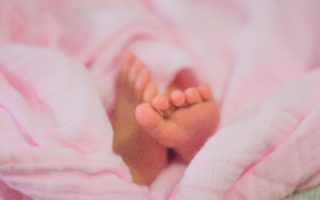 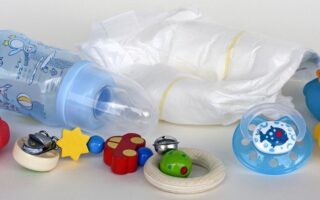 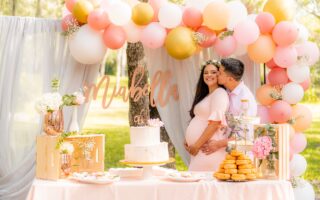 How To: Planning an Intimate Baby Shower